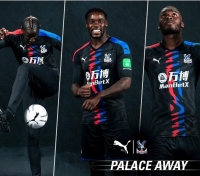 The Crystal Palace away shirt 2019-20 has a black base colour with both a red and a blue centre stripe. A tonal black jagged wavy pattern runs across the front of the shirt including over the red and blue centre stripes. Both the Puma logo on the right breast and the ManBet shirt sponsor are coloured white.

Black shorts and socks with thin red and blue details complete the 2019-20 Crystal Palace away kit. 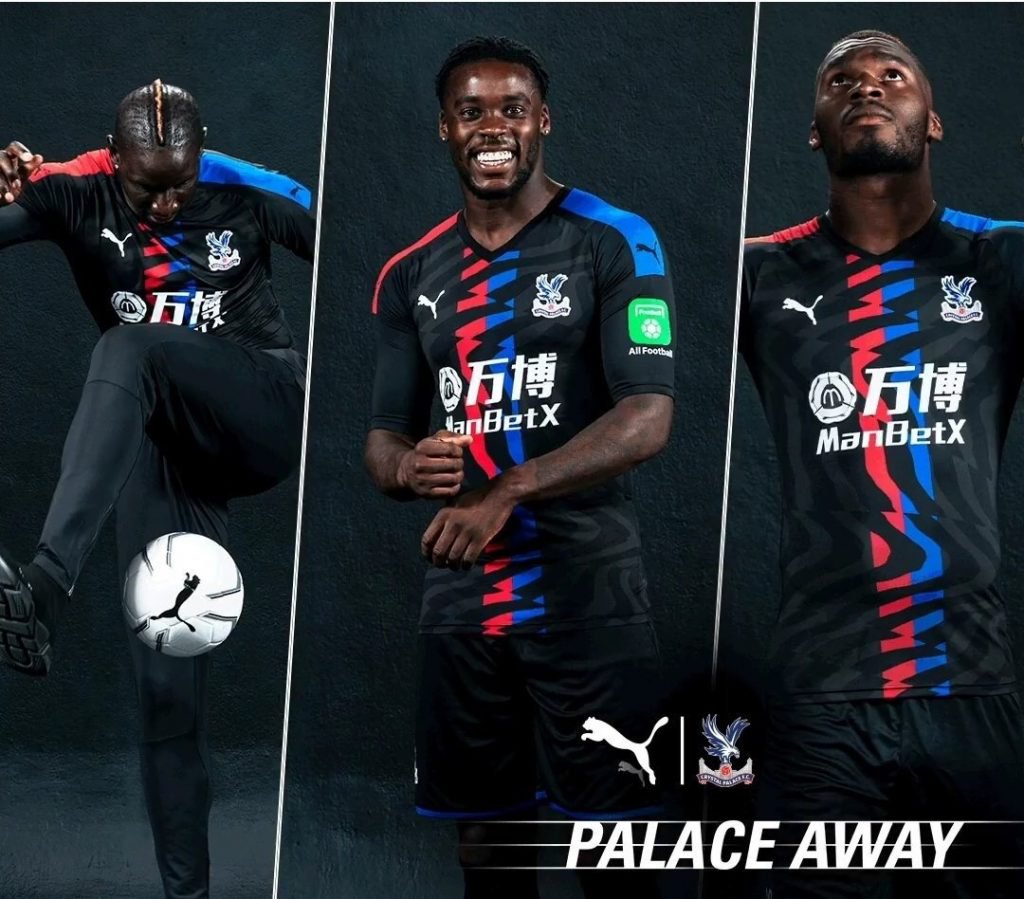 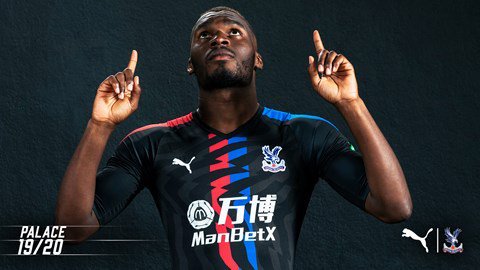 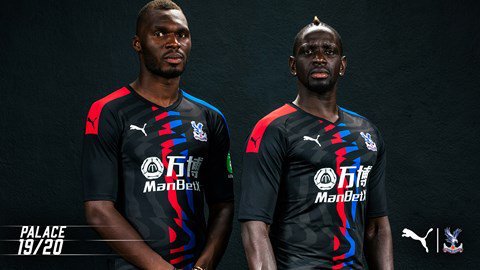 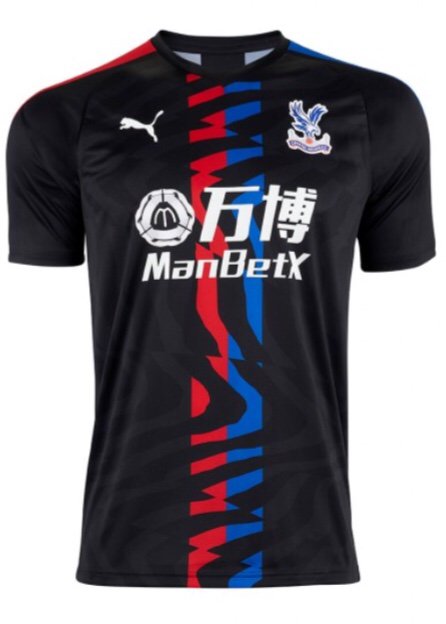 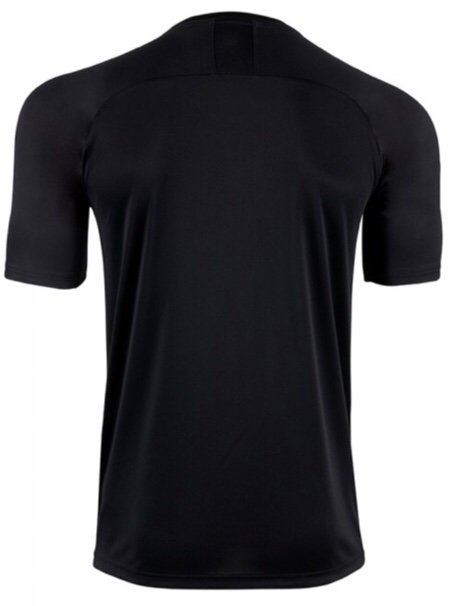